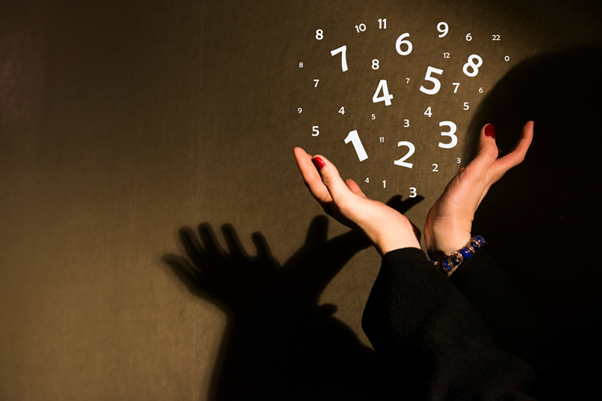 It is said that everything becomes clear through numbers, that is why we have the concept of Tarot numerology. Imagining the purest form of numbers will help rather than just reading the meanings of them. Number 1 needs something to review itself, and for that reason, number 2 is born. Then, what happens when number 2 expects a reunion, instead of going back to number 1? Does it create another completely unique entity?

That is number 3. But 3 needs 4 to create deepness, solidity, and direction, while number 5 brings grief because of its excessive stability which needs a change and motivation. Number 6 is a harmony whereas number 7 is the challenge. Number 8 duplicates the physical order of number 4, which is a square. Number 9 completes the odd dot in one or many trios. And last but not least, number 10 returns us to the uniqueness, but in another dimension.

Numerology – Close To The World Of Confidentiality

The importance of Tarot Numerology

The way of applying Tarot numerology is also mentioned in the short introduction above. At the same time, we will see the similarities between the four cards that have the same number; and if there are common numbers in a Tarot spread, it will represent a stage in which that number shows. Conversely, if the number increases or decreases, it will show us the progress of things or a step back.

In addition, the combination of these numbers will lead to another number. For example, we have 1 plus 1 equals 2 and 3 plus 2 equals 5 which means that when these two cards appear, we can generalize the upcoming feature of the incident. Therefore, we will have more to say in a spread and will clearly understand what Tarot wants to show.

Tarot numerology in the Ace

Number 1 is a point that is located but has no dimension. It is called the monad, which represents the title of God, the beginning or cause of everything and the original force of the Creator. Number 1 expresses monism, self, identity, uniqueness, integrity, and infinity. Just like a seed that rises with all potential, it implies the ability to start, determination, reason, and is not easy to change.

As is mentioned in Hermes’ Emerald Tablet, “All things have been and arose from one by the mediation of one: so all things have their birth from this one thing by adaptation”. Ace cards can also be counted as numbers, but they have a different function that answers the question “Where?”. They often indicate the element, territory, or scope in which the situation has the greatest potential, especially when doing something new. Eliphas Levi, a French magician of the nineteenth century, explained the importance of the Ace cards in the Transcendental Magic  book as follows:

The Ace of Pentacles is the soul of the world, the Ace of Swords is military intelligence, the Ace of Cups is the wisdom of love, and the Ace of Wands is creative intelligence; they are the profound principles of motivation, progress, fertility, and power.

Number 2 consists of two points from a straight line defined by the principle of expansion. It is reflected on the surface of another object, and therefore, it has duality and is also dissociation and opposition, escaping from the collapse and starting to rise.

Pythagoras defines the basic concept of duality and polarity theory (which often appears in the symbol of the Major Arcana). Duality refers to balance, choice, and decision. It symbolizes separation but provides an opportunity for a relationship.

Three points form a triangle. As the first form, it is the first real number, and therefore, it symbolizes reality. At the same time, it represents multiples. Some cultures only have words for 1, 2, and many. With number 3, we will see all trios: 3 faces of the goddess, 3 phases of the moon, the Trinity, the 3 main colors, and the body-mind-soul. We also have processes such as the thesis-criticism-synthesis, beginning-the middle-the end, and subject-verb-auxiliary verb that speak of integrity and monism.

Number 3 also refers to mediation and unity, in which harmony and difference are restored to a harmonious state. When the two opposites get together, they will create a third party (a child). It is often considered the number of creativity, soul, and spirit.

Number 4 brings depth and formed the first cubic structure (tetrahedron), representing order and perfect permanence. It is associated with the formation of the physical world and tangible existence – 4 elements, 4 directions, 4 seasons of the year, number of weeks in a month, and the number of feet of animals. Number 4 is “platform” and represents justice because it is the result of addition (2 plus 2). Also, number 4 is the character for God’s name which known as Tetragrammaton, representing the occult and the power. Further, we have 4 virtuous Cardinals, 4 gospels, and 4 rivers in the Garden of Eden.

Number 5 is a pentagram that can be drawn in an infinite way. It represents movement and time, so it also shows change. Number 5 signifies life, namely humanity, such as 5 fingers on the hand, 5 parts of the body (2 hands, 2 legs, head), and 5 senses. From the 5 wounds of God, it evokes sorrow and hurt. It changes or shuffles the stability of number 4 and creates crises. Just like crystallization, it unites and overcomes elements, representing health, vitality and new abilities. For Pythagorean followers, number 5 is one of the numbers of “marriage” that is the sum of the first even and the first odd numbers (number 1 has no distinction, so it is not considered even or odd).

Number 6 is the second “perfect” number of Pythagoras, which is the sum of 1, 2, and 3, in which the Genesis is completed on Friday. Number 6 represents awareness and purification which is gradually emerging. It is a figure of a six-pointed star; consisting of two opposing triangles, symbolizing fire and water, and bringing about the union of both mental and physical awareness; and thus, it promotes harmony. Because it is associated with sexuality and proliferation, it is also considered to be the number of “marriage” and the result of multiplication 2 x 3. It forms the number of surfaces of a cube.

Number 7 is the number of discrimination because it is not made by any multiplication. It represents both cause and opportunity – the victory which is also the disturbance that can invert it. We can see this number in 7 musical notes, 7 rainbow colors, 7 planets, 7 vowels, 7 Chakras, and 7 days of the week, bringing various things into a unified whole. This is the day when God rests, and is the sum of the three divine spirits (the soul) and the four worlds (the body). It is often called the sacred and mysterious figure, representing enlightenment or awakening. Carrying with all the energy of the planets, number 7 symbolizes wisdom. We can see it through the 7 virtues, 7 bad habits, 7 sacraments, and 7 sins.

Number 8 is known as the 8 Gods and can be illustrated by two squares: the intersection of the mundane elements and rules of celestial bodies (located at a higher level). Like an octave, it returns to itself but at a new level or frequency and thus, it creates rhythm and cycle. The eighth day is called Justice Day or Judgment Day according to the age of the world, it represents a higher justice than those in the physical world (as in number 4). It also shows the perfect process and the final adjustments needed to achieve it.

Number 9 is three cubes and perfect shape from the perfect 3. It is a round number because when executing multiplication, it continually simulates itself as in its addition. Because of this, and just like the final root figure, it represents the limit, the foundation, the power, and the wisdom. There are 9 angelic levels and 9 months in a person’s pregnancy. It is the completion and the end of a cycle, although, in relation to the number 10, it seems that this completion is missing something.

Numbers 10 and 1 have the same nature, it is the sum that covers everything because all other numbers are born from decimal numbers. Therefore, it is boundless and unlimited, which is the higher-order of monism. It is both an expression and an end of an ideal. With Pythagoras, it is a whole and a perfect number called Cosmos and loyalty. In the Kabbalah system, there are 10 manifestations of Gods. The Egyptians divided the sky into 36 decimal places. It is the number of the Ten Commandments, representing the correctness and perfection. It also addresses and reinforces the shortcomings of completion from number 9.

The concepts of Tarot numerology will give us an overview of the levels of meaning as well as the potential power of each number associated with the Tarot cards. This definition article also helps the Tarot readers gain more knowledge about another aspect of Tarot, which makes reading and spreading activities become more accurate and specific.

The overview of Lenormand