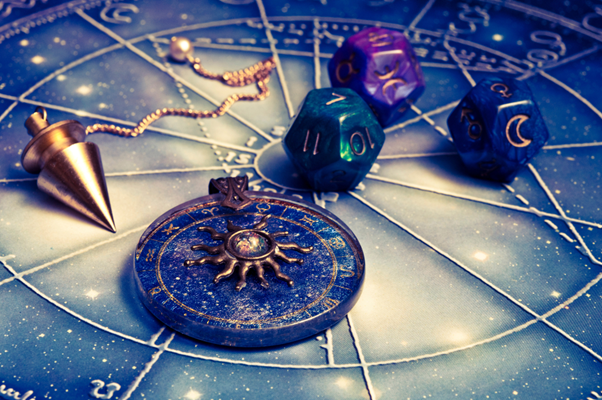 In all predictive methods, Tarot timing method is relatively used and known widely, however, you should only choose one way to standardize. Besides, you should be careful in answering questions “When?”.

1. Tarot timing based on the main meaning of Tarot cards

One of the simplest ways to apply Tarot timing is to look at the card’s main meaning and use it to create a story. The story focuses on not only “When does that happen?” But also “How does this happen?” For example, when a querent asks you, “When will I meet my future husband?” Your answer may be “When you have overcome the previous disappointing relationship, you can meet that person.” Or, when they ask, “When will I get promoted?”, And you draw the Three of Pentacles. You can tell your querent, “When you show your ability effectively in the team.”

Reversed Tarot cards can also be used for Tarot timing and often point out events that are unlikely to happen until querents encounter major changes in their lives.

This is an interesting approach when interpreting Tarot because it gives querents the right to make positive changes in life to achieve what they desire. Cards show that everyone has the right to do what they want rather than to follow their destiny, and their actions will lead to future results. Moreover, it also said that despite the incident, whether occurs or not, is up to the decisions and choices of querents.

2. Tarot timing based on suits and elements

For Pip cards (cards from Ace to 10), the value of the day depends on the number and element. For example, the Five of Wands indicates 5 days more or the summer. With Court cards, timing depends on other people. However, you can still predict approximately Tarot timing by using the suit. For example, the Page is 11, the Knight is 12, the Queen is 13 and the King is 14.

If you search on the internet or Tarot books, you will find many sources and conventions. For example, some readers may assume that the Swords suit is a month instead of a week. Because there are so many methods, you should choose the way that has the convention and normative system that suits you best.

3. Tarot timing based on Astrology

Astrology already has a clear and detailed time frame of reference, so predicting the time in Tarot based on the zodiac is quite simple. You can refer to the reference table between Tarot and the Zodiac during a year to apply the Tarot timing method.

For example, the female querent asks, “When will I get pregnant?”, You may draw the Four of Wands. According to the table below, this card corresponds to the period from April 11 to April 20. Therefore, it means that during the period April 11-20, which is closest to the time of Tarot reading, the female querent will get what she wants.

Tarot cards and the cycle of Astrology during the year

The reference table shows the correlation between the Tarot and Astrology

4. Tarot timing based on setting open and positive questions

Instead of asking, “When does it happen?”, You should try to ask, “If I want it to happen, what should I do? How to change that situation?” Or try to spread 4 cards, which will be extremely useful to understand what needs to happen or the thing you want it to happen.

The desired event will take place if:

There are many ways to approach Tarot reading but when questions about time appear, you are now using Tarot as a predictive tool. The prediction may be difficult, and many Tarot readers are often unwilling to do so. When it comes to time, trust your intuition. At the same time,  your knowledge of cards becomes more useful than ever. Tarot timing method also goes from simple to complex. You can look at the number of the card to see whether it is a combination of a specific number that repeats or not.

For example, if there are more than 2 or 3 cards numbered “Three”, it is likely to be 3 hours, 3 days, 3 weeks or 3 months. (Tarot timing by the year is quite wide and often not very specific). This is the time when intuition and context of the spread show you which time frame should be used.

Another indication of the time you can find is the suit. Once again, you should check to see whether there is any suit that occupies the majority of cards. Then, you can use the date/month feature or 1-year seasonal cycle of cards to help you to answer questions about time.

You may encounter many other features. The suits can also give you a sense of how things will work fast or slow. The masculine energy of Wands and Swords suits is usually faster than the feminine energy of Cups and Pentacles suits, and Wands is the fastest while the Pentacles are the slowest. In addition, we can use the following references:

See more: How to Shuffle and Spread Tarot Cards

There is another useful Tarot timing method, which is to spread the cards monthly and find the first card that you feel is the best answer to the question.

For example, the querent asks, “Do you see if there is any potential relationship for me in the future, if so, when?”. After that, you can let the querent shuffle the cards and draw each card for each month until you see a card that may indicate the relationship. It could be the Lovers, Two of Cups, Nine of Cups (often considered “dream cards”), any Knight cards or Ace of Cups.

If you are reading Tarot now, the first card may represent the current month. If the Two of Cups appears in the 5th position, a great relationship will appear five months from now. You can also read cards before that time to see what needs to be done from now on in order to get what you want.

Tarot timing that lasts more than 1 year is usually not recommended. Sometimes, you will find that no card seems to match that criterion. Perhaps, the event in that question will not happen this year or this is not the right time to give an answer. If that is the case, consider whether there is any card indicating something else will happen or not.

If you master the astrological system of cards, you can also apply it for Tarot timing. For example, the Six of Pentacles carries the attribute of the Taurus moon sign which is the second card of the three cards related to Taurus (in the Minor Arcana). It is associated with the second phase of ten days in this Zodiac sign. To see the complete list of astrological attributes associated with Tarot cards, you can check the reference table above.